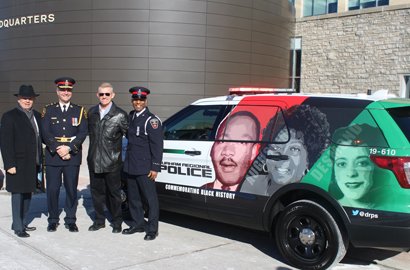 Chief Paul Martin, says that it is important to the Police force to have this specially wrapped vehicle, to celebrate what black people have brought to Canada’s existence and history. This cruiser is in addition to the two others, one celebrating the LGBTQ community and the other expressing the DRPS stance on anti-bullying.

Featured on the vehicle are six prominent people to the black community, which are instrumental part in Canada’s History. 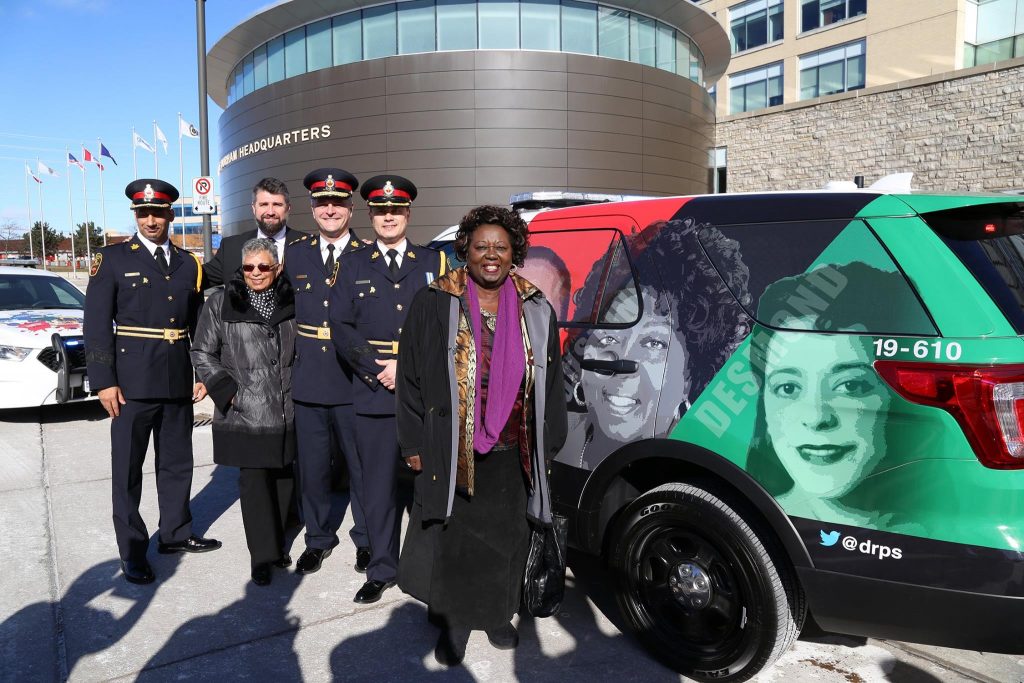 “It isn’t everyday that you find your face on the side of a vehicle, let along a police cruiser” says Jean Augustine , the former MP for Lakeshore-Etobicoke, and also the leader behind gaining federal recognition for Black History Month in Canada in 1995.
Joining Augustine, is Viola Desmond, a Halifax woman who refused to leave the whites’only section at the movie theater in 1946, standing up to racial segregation, and the face of the Canadian $10 bill starting in 2018. Michelle Jean, the first visible minority to serve as the governor general. Lincoln Alexander, the first black person to become an MP and first black federal cabinet minister. Nelson Mandela and Dr. Martin Luther King Jr. are also featured.

UMS is proud to be a part of this tribute and recognition to Black History in Canada.